A NEW 'greener' plastic mailing bag has launched in the UK which has the potential to save CO2 emissions equivalent to a plane flying around the world over 10,000 times*. 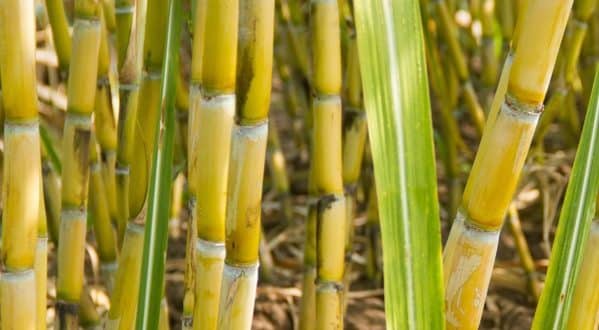 GreenPE, which is produced by Braskem under the trade name I’m Green™, is chemically identical to regular plastic and can be recycled in the exact same way, but is being hailed as a more ‘sustainable alternative’ due to it being produced from a renewable source, sugarcane.

The mailing bag, manufactured by Duo UK, is not only suggested to be a more sustainable alternative, but also helps to reduce greenhouse gas emissions and decrease the amount of packaging waste going to landfill due to its recyclable nature.

In 2018, 412,000,000 mailing bags are expected to be shipped in the UK. If these were made from GreenPE rather than virgin polythene 46,276 tonnes of CO2 would be saved, the equivalent of a car driving over 392 million kilometres and a plane flying around the world 10,000 times*.

Anthony Brimelow, commercial director at Duo UK, said: “The use of GreenPE avoids the need for plastic produced from finite fossil fuels which, as we know is a limited source. Plus, as the sugarcane grows it captures and stores CO2 from the atmosphere, helping to reduce greenhouse gas emissions.

“This new material has the potential to have a significantly positive effect on the packaging industry from both a sustainability and a CO2 emissions perspective. It’s time to re-educate retailers and consumers on the encouraging facts around plastic, not only that there are sustainable alternatives available but also the fact that it can be easily recycled and made into new products using lower energy resources than other popular packaging alternatives.

But more recently outdoor retailer SportPursuit, has become the first ecommerce site to take the leap and invest in 100% sugarcane GreenPE mailing bag.

Anthony Brimelow, added: “As more and more retailers switch their mailing bags from fossil derived polythene to sugarcane GreenPE, we will significantly reduce our reliance on fossil fuels. Instead, we’ll be making use of a renewable crop that grows all year round and actually captures and stores CO2 from the atmosphere.

“Let’s be realistic, packaging is a necessity but it isn’t one that has to put such a strain on the world’s natural resources. As a polythene manufacturer we’re committed to reducing our dependency on virgin plastic, re-using packaging waste and sourcing sustainable materials such as GreenPE. Our closed loop recycling programme offers a solution to save both traditional polythene and GreenPE waste from landfill and re-use it to produce new products, further reducing our dependency on finite resources.”