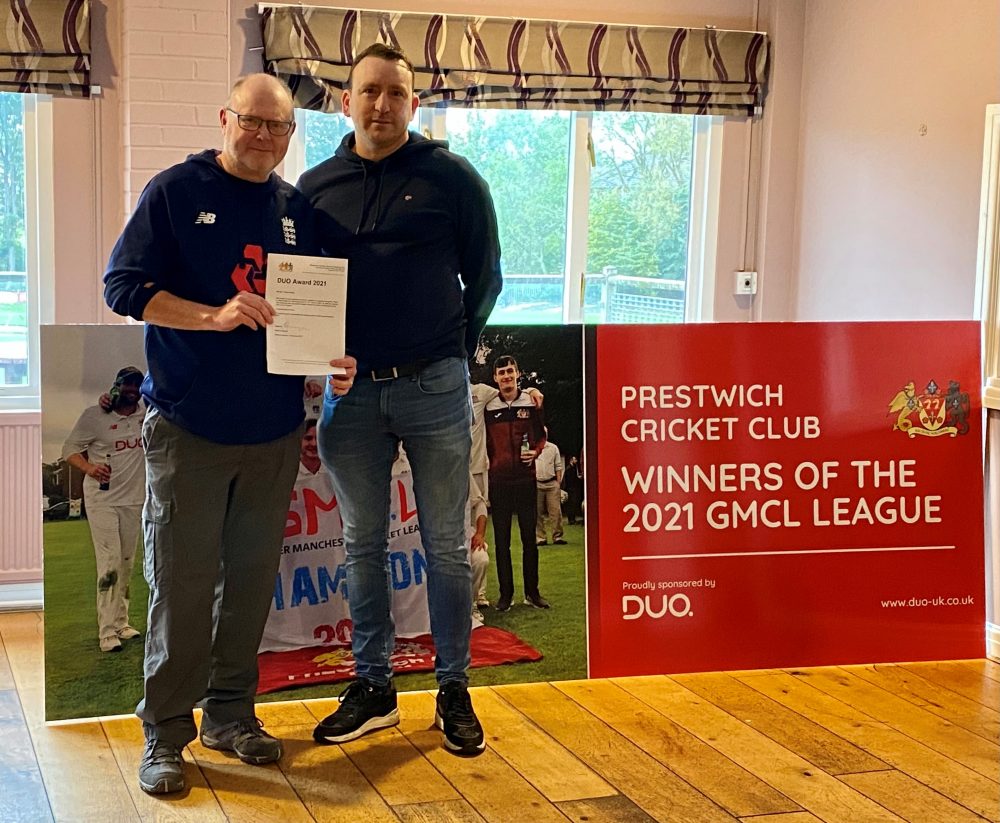 To commemorate the 10 years anniversary of Duo’s sponsorship of Prestwich Cricket Club we have launched the Duo Award. The Duo award celebrates the Prestwich Cricket team member who has shown dedication to their team, the club and community.

Zoe Brimelow, Brand Director at Duo explained “In both business and sport it’s important to nurture talent to help strengthen foundations and sustain future success. The winner of the annual Duo award will demonstrate teamwork not only to the players in their team but also someone who has contributed to the future success of the club and the Prestwich community.”

The shortlist was a strong seven players however it was decided that the first Duo Award would be awarded to Peter Staley at the annual club presentation event hosted on 28th October 2021.

Brian Lorenzini, Chairman of Prestwich Sport commented “Peter is devoted to developing junior cricket and also captains the 4th team. Peter runs the under 9 Squad and coaches under 11’s. Up until this year there were just 3 cricket teams, now thanks to Peter’s dedication he has introduced a 4th and 5th team. Only yesterday his Bury Town Team won the National under 11 indoor title which included three PCC players.”

The launch of the award coincides with the 1st team’s league and cup double resulting in the 2021 season rank as one of the most successful in the club’s 181-year history. To commemorate this occasion the club were presented with a celebrating board capturing the moment when they were announced winners of the GMCL premier division.

Congratulations to all of the winners of the 2021 season presentation. We are honoured to support such a successful club and look forward to continuing the relationship for many years to come.